Cholera in the Indian Ocean World since the Nineteenth Century

Cholera—first described in the Ganges delta in 1817—spread globally in seven pandemics during the past two centuries. Most recently, some 30 countries worldwide reported cholera outbreaks in 2022 and a Lancet report from October 2022 revealed an alarming shortage of cholera vaccines that resulted in a shift from a two to a less lasting one-dose vaccination strategy. In fact, the 7th pandemic of cholera—which first was identified in the medical station of El Tor among pilgrims returning from Mecca in the early 20th century—is ongoing. A discussion of the scarcity in vaccines, however, was largely limited to relevant health channels and only some outbreak hotspots (such as Haiti in 2010) made it into the international media and gained scholarly attention beyond the medical and aid fields.

Cholera is an acute diarrhoeal infection caused by food or water contaminated with the bacterium Vibrio cholerae. Left untreated it might kill a person within hours. Despite the availability of a prophylactic Oral Cholera Vaccine (OCV) since 1985, cholera still is a life-threatening disease for the disadvantaged and the poor, rarely noticed in affluent parts of the world. Main factors that are congenial to the spread of cholera still include stressed water supplies, insanitary housing and the effects of environmental disasters. These include in particular earthquakes, weather extremes and certain hydrological events that are increasingly associated with climate-change such as floods. Other potentially causal factors are related to armed conflict, underreporting of data on national and local levels, the ongoing COVID-19 crisis and insufficiently resourced national health systems.

We take this alarming situation as an occasion to discuss the V. cholerae El Tor strain in both its historic dimensions and as a pressing public health issue along two main methodological pathways. Firstly, by tracing the historical events of cholera in the littorals and interconnected hinterlands of the Indian Ocean, known as the Indian Ocean World (IOW). The factors conductive to the spread of V. cholera mentioned above resulted in recent outbreaks and predispose countries of the IOW to future outbreaks. We therefore aim, secondly, to bring new insight from the archives on IOW’s cholera history in a fruitful dialogue with the lived experiences of recent and ongoing outbreaks in this region, including but not limited to the civil war-induced cholera in Yemen, more localized outbreaks in Kenya or the annual monsoonal outbreaks of endemic cholera serotypes in Bangladesh.

Contributions might have a rather scholarly or an applied character, drawing on archival studies or on field work; they might be situated inside or between medical anthropology, medical history, geography, IOW studies, public health and allied fields or within the work experience by health professionals and aid organizations.

As the ongoing COVID-19 crisis has upended international travel, we intend to organize the workshop in a hybrid mode: both in a webinar format as well as an in-person presentation at the Institute for Social Anthropology, Austrian Academy of Sciences in Vienna. 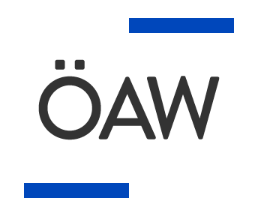