On June 28-30, the conference “Fat bodies in the early modern world” takes place onsite in Frankfurt and Edinburgh as well as online.

In the emerging field of Fat Studies, historical overviews about the perception and representation of fat and dieting tend to focus on the 19th and 21st centuries. More recent studies, however, have demonstrated that the slim silhouette could already be an ideal for European elites in the Medieval period and that the fat body could be viewed as socially inferior from Roman Antiquity onwards. Moreover, scholars have shown how physicians’ advice manuals containing instructions on how to avoid fatness were printed as early as the 1480s, and that the treatment of obesity became part of the university medical curriculum in the later sixteenth century. This conference seeks to build on and amplify this work by investigating early modern fatness as both aesthetic judgment and social experience.

Deadline call for papers: January 15, 2022.
All information is found here. 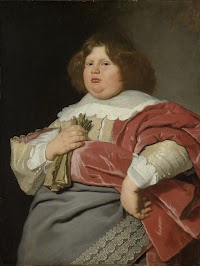