Hacking the brain? Histories of technology and mind control

The Centre for Health and Humanities at the University of Groningen holds the conference “Hacking the brain? Histories of technology and mind control” on 16-17 June 2022.

The world today is haunted by dreams and anxieties about technology and the brain, from the role of companies such as Cambridge Analytica in elections to hypercapitalist visions of seamless consumerism and concerns about the power of ‘behaviour modification’ in a world ‘surveillance capitalism’. More broadly, profound assumptions of technology as a form of stimulating ‘input’ leading to emotional arousal in a computer-like brain, a stimulus-response mechanism akin to an electric charge, are at the heart of much of both the defence and critique of the emerging digital world.

However, fears about the power of modern technology to make human subjects into the puppets of unseen masters to manipulate whole populations are not a new phenomenon. Twenty-first-century anxieties draw on decades of discourse on different types of technology as vehicles for brainwashing, hypnosis or mind control techniques, adding a technological angle to traditions of ‘magical’ objects supposedly able to ‘enchant’ others. In contexts as diverse as Enlightenment Mesmerism, psychiatric diagnoses related to ‘Influencing Machines,’ Cold War Behaviourist models of stimulated subjects, Critical Theory denunciations of the ‘Culture Industry’ and conspiracy theories about everything from TV to 5G networks, the notion of technology as a means of mind control has had a powerful attraction. This conference will examine this shifting discourse, looking at the role of technological, cultural, ideological and medical factors in framing fears about culture, technology and individual autonomy.

There will be a number of places available for non-speakers to attend in person for a very small fee. Venue: Academiegebouw, Groningen.
Participation via Zoom will also be possible, for free. 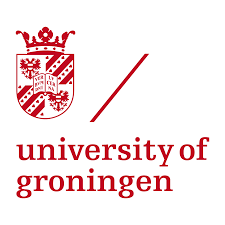