The fifth lecture in this series is of particular interest to medical historians.

“So we are heading towards new India!” wrote Dr Mahendra Bhatt to his mentor Henry Sigerist on-board his ship on his way back to India in 1947 on the eve of India’s independence. Bhatt, like several other Indian doctors, had studied public health at US universities and was returning to India full of ideas, which he was keen to implement in the newly independent nation. This provides entry into the history of India’s attempts at building its primary healthcare. Following independence, India embarked on a planned model of growth and welfare, through which the medical infrastructure of one of the most populous nations in the world was built. This was a vast undertaking in a poor and underdeveloped nation, where issues of health were aligned to poverty, food, labour welfare and rural development. It involved developing rural health services, medical education, hospitals and dispensaries, indigenous medicine, paramedical training, family welfare, primary health centres, health education and community health volunteers.

The Indian story of health is a unique combination of the local and the global. It was shaped by the coexistence of US and Soviet ideologies of public health, Christian and Hindu ideas of charity and Nehruvian visions of development and modernity, along with strong centralised policies which needed the involvement of dispersed local groups. Their divergent ideologies, motivations and practices will help us to understand how they interpreted, nuanced and even resisted the central health doctrines and projects. One of the main ambitions of this paper is thus to go beyond the role of the state and understand the hybrid roots and trajectories of India’s chequered journey towards health and welfare.

Pratik Chakrabarti is Chair in History of Science and Medicine, at the Centre for the History of Science, Technology and Medicine (CHSTM), University of Manchester. He is also the Director of CHSTM. He joined the University in 2015. Previously he was a Reader in History at the School of History, University of Kent. He joined Kent as a Wellcome Lecturer in History of Modern Medicine in 2006. Prior to that, he was a Research Fellow at the Wellcome Unit for the History of Medicine, University of Oxford, UK. Pratik received his PhD from the Centre for Historical Studies, Jawaharlal Nehru University, New Delhi, India in 2000. He taught in India, before coming to the UK.  Pratik has contributed widely to the history of science, medicine, and global and imperial history, spanning South Asian, Caribbean and Atlantic history from the eighteenth to the twentieth century. He has published four sole-authored monographs and several research articles in leading international journals on the history of science and medicine. One of these monographs is Medicine and Empire, 1600-1960, which was published in 2014 by Palgrave MacMillan. The book provides a global history of imperial medicine focussing on British, French and Spanish empires in Africa, Asia and America from the seventeenth to the twentieth century. 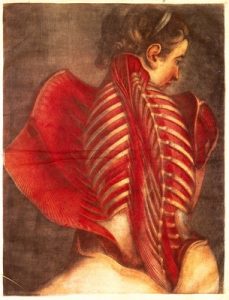