Health sciences and the social: Health and social mobilization, 1950-2020s

Rudolf Virchow’s much quoted aphorism “Medicine is a social science, and politics is nothing else but medicine on a large scale” (1848) dominated an era, from the late 19th to the mid-20th century, when medicine provided a series of concepts, instruments and practices, models and experiments to a wide range of social and political experiences, especially in the framework of projects such as hygienism, eugenism, social medicine or colonialism. By contrast, the 1960s opened an era where an increasing number of activists, health experts, and social and life scientists, could have claimed that “medicine is nothing else but politics, and social science is a foundation of medicine”. Across a variety of health domains, experts developed discourses and practices with the aim of intervening on, correcting and at times changing society. On the reverse, various social mobilizations reflected, were based on, or challenged medical discourses and practices.

Several scholars, including sociologists and historians, have provided fascinating insights into the cross fertilization of social mobilizations and health in specific contexts from the 1960s onwards. Most of this scholarship has focused on a small number of examples such as the relationship between antipsychiatry and leftist social movements in Europe in the 1970s, the connections between the anti-AIDS mobilisations and the broader gay movement from the 1980s, or the emergence of humanitarian medicine in the 1970s. Beyond these examples, sociologists have investigated the ascent of health social movements (HSMs) in a variety of contexts in the last decades of the century. More generally, the “new social movements” paradigm in political science has provided a framework to account for the emergence, in the post industrial society, of a new type of social mobilization led by the new middle classes and centering on quality of life, with health as a central component of these mobilizations.

Yet beyond these theorizations and local examples, we lack a broader understanding of the ways in which various branches of the health sciences have contributed to, have been embedded in and have been shaped by the specific social contexts, agendas and/or movements of 1968 and post-1968 societies. What conditions explain the politicization of certain segments of medicine and health? What specific terrain have medicine and health provided for social movements? How have these processes competed with the growing trend of privatization of health care since the late twentieth century?

This workshop will explore the historical aspects of the interrelationships between health sciences and the social, from the mid-twentieth century to today, a period of rapid scientific developments, profound social changes, and intense social movements. We propose a two-fold approach: on the one hand, we would like to investigate the social and political agendas developed within the various branches of medicine; on other hand we also want to account for the ways in which social movements and mobilizations have tackled health issues. We are interested in case studies that investigate particularly (but not exclusively) the following questions/thematic axes:

Proposals of no more than 300 words and a one-page CV should be sent by 31/12/2022 to Nicolas Henckes (nicolas.henckes@cnrs.fr) or Despo Kritsotaki (despo.kritsotaki@gmail.com). Notification of acceptance: 31/1/2023 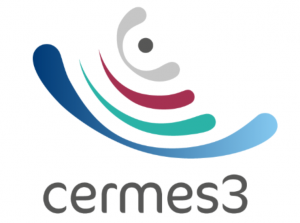