The conference aims at analysing configurations of gendered power relations from the early modern era to the present from an interdisciplinary perspective. The focus will be on these relations’ transformations and how they have been renegotiated and revised regarding the interwoven analytical levels of medialization, normative frames, and social practices. Correlations between transformation and change will be examined as well as formations of traditions and the development of historicizing narratives employed to legitimize gendered relations of power, including the justification of state power through naturalizing gender discourses.

Since the late 15th century, discursive and social practices as well as media representations of power, sovereignty, and gender can be observed in relation to contemporary processes of early state formation, which aim at a specific consolidation and expansion of hierarchical gender orders. Throughout the centuries, strategies to legitimize specific power relations have employed above all historically grown traditions in their argumentation, the powerful impact of which allegedly shows in the longue durée. An analytical focus on continuities, however, threatens to obscure historical ruptures as well as reinterpretations and reframings of earlier media representations. Inconsistencies and conflicts between norms and social practices are also likely to fall from view. Therefore, the interdisciplinary research network »Gender, Power Relations, and the State« in cooperation with the Centre for Gender Studies and Feminist Future Studies (UMR) and the Centre for Media and Interactivity (JLU Gießen) will host an international and interdisciplinary two-day conference in Marburg/Germany on November 23-25, 2022, to examine the power relations at work in the construction, dissemination, and persistence of such narratives and to analyse their interrelations with social practices, processes of standardization, and media representations.

The conference aims to study the interdependent web of tensions between gender, power relations, and the state across centuries. Transformations, renegotiations, and revisions in specific configurations of gendered power will be brought into focus. The intersection of institutionalizations of state power with naturalizing gender discourses specific to the respective epochs will be problematized from the angles of manifold disciplinary approaches to gender studies. In doing so, a progress- and modernization-oriented master narrative of increasing gender equality will be confronted with the limitations and closures of a scope of opportunities and possibilities to women through processes of formalization and legalization in the course of state formation until the twenty-first century. Such an interdisciplinary and trans-epochal merging and further developing of existing analytical approaches and perspectives has not yet been attempted. The organizers assume that such an interdisciplinary and historically profound synopsis along the analytical levels of social practices, normative frames, and medializations will bring to light distinct continuities, either in the form of an ‘invention of tradition’ (Hobsbawm 2019) which facilitates the legitimization of (transformed) social practices, or in the form of constructions of continuities on the level of media representations of gendered power relations.

09:00 – 10:00
Keynote Prof. Dr. Birgit Sauer: The State as an Intersectional and Gendered Relation of Violence.

– Vincent Dold (History): The Second Revolutionary? Gendered Revolutionary Scripts and Their Inherent Power Inequalities in the German Socialist Movement from 1848 to 1918.
– Prof. Dr. Carla Hoetink and Team (History): Gender and parliament: an exploration of sources, methods and concepts for research into the gendered power structures of the Dutch States-General.
– Dr. Anikó Félix (Sociology): Being on the right (side?): Reasons and current state of the female engagement in the Hungarian right-wing. 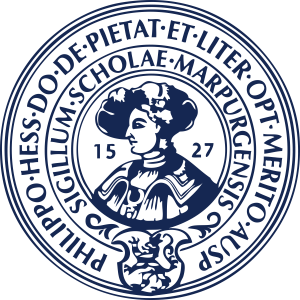